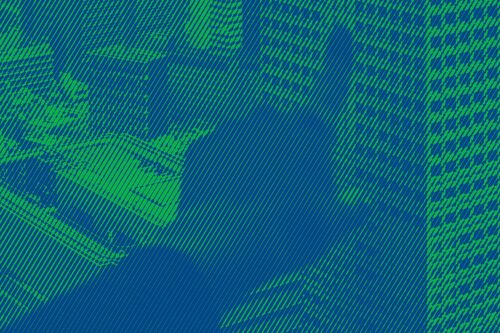 The art industry is at a crossroads. Never before have more people been engaged with art. Yet over the past decade the market has largely stagnated and the number of artworks trading annually has decreased. Galleries and auction houses are looking for new ways to survive and thrive, with online sales receiving increased attention, given the significant opportunity to connect with and cultivate new collectors.

Who are these online art collectors and how can the industry better serve them? This report unpacks the similarities and differences between online collectors’ spending patterns, motivations, and challenges, and compares them to those of traditional art buyers. It confirms some perceptions about online buyers and shatters others. Better understanding and supporting these online art collectors at every step of their journey will benefit the online art market, improve the health of the art market overall, and provide more opportunities for artists.

Artsy’s survey identified several key facets of online art buyers, which combine to support a positive outlook for growth in the online market as millennial and Gen-Z buyers reach their peak earning years.

Respondents to Artsy’s survey reported having annual art budgets that are equal to or marginally higher than those reported in a previous survey of American collectors conducted by Arts Economics and UBS for all but the highest budget buckets; a majority 53% of Artsy survey respondents who collect art said they are based in the U.S. This debunks a common perception that online art collectors are lower spenders compared to the collecting population as a whole.

The majority of collectors surveyed (61%) reported spending less than $5,000 annually on art—both online and offline—in each of the past 3 years (buyers were asked to estimate their expected budget for 2019), compared to 69% of respondents spending less than $5,000 over a 2-year span in the UBS and Arts Economics survey of high-net-worth individuals (HNWIs) with non–real estate assets of $1 million or more. 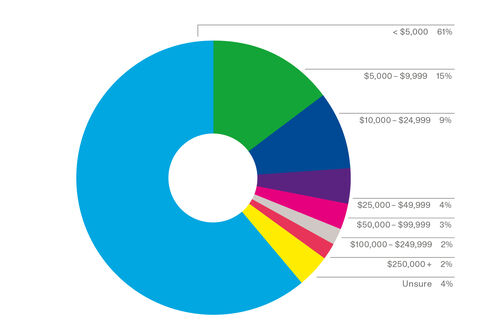 Collectors’ budgets remained roughly flat across the period. This is consistent with gains in the market over the past several years having concentrated among galleries with annual turnovers in excess of $1 million. Those high-value sales have pulled up the market overall, but median sales by dealers fell in 2018 by 5%, according to the most recent edition of Art Basel and UBS’s annual report, “The Art Market.”

How many artworks collectors buy annually These results suggest that online art collectors are more likely than art collectors as a whole to increase the volume of their purchases as their budgets grow, rather than simply buying the same number of artworks at higher price points. As a result, online art collectors have a more diffuse impact on the art ecosystem, and may be more difficult to service for individual galleries and auction houses than collectors who purchase single, high-value works.

Most survey respondents were relatively new to the art market. Less than 50% of survey respondents have been collecting for 10 years or more, and 18% of current buyers said they have been collecting for 2 years or less. Thirty-two percent of respondents who actively collect online were under 35 years old—a key demographic for the art market, which currently needs to attract new buyers to support its artists, galleries, and auction houses. 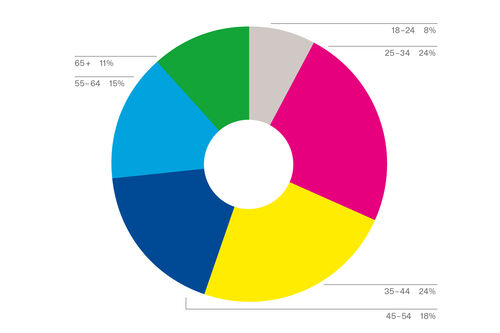 That pattern varies slightly when viewed by collectors’ ages. Budgets peak between the ages of 45 and 54, and then begin to recede again. This suggests that online art collectors are most active during their peak earning years, and are less inclined to use accumulated wealth to maintain a high art budget as they approach and enter retirement.

Nearly two-thirds of collectors surveyed (64%) said that they have purchased art online in the past. Among these online buyers, 21% reported spending 75% or more of their annual art budget online, and another 15% reported spending 50–74% of their budget online (budget did not significantly influence the share of collectors’ art spending that occurred online). This is a sea change from several years ago, when the art industry questioned whether online platforms would be a viable purchasing channel for art collectors. 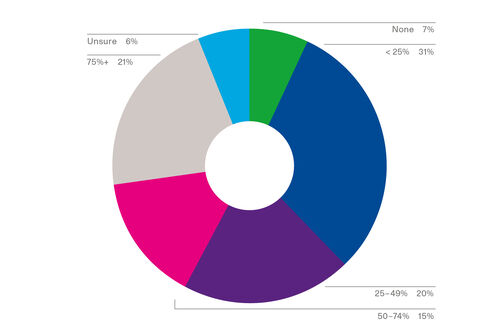 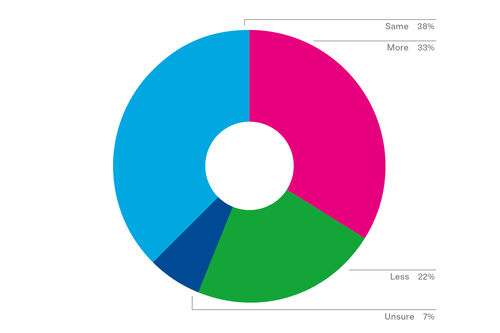 Despite their budgets for art remaining roughly flat over the past 3 years, one-third of respondents said they increased the share of that budget for online spending in the last year. Another 38% reported spending about the same amount online that they did in previous years, and only 22.4% reported spending less of their art budget online.

Collectors who began buying art in the last year were significantly more likely to say that they intend to buy more art online in the future, with 57% of the newest individuals to the art market reporting as such. Individuals buying art for 1–2 years also indicated that they plan to spend more online, at an above-average rate of 37.8%.

The amount spent by collectors on art annually does not appear to be a significant driver in collectors’ overall likelihood to transact online. Collectors who said they plan on spending either $10,000–$24,999 or more than $250,000 on art in 2019 are relatively more likely to purchase art from an online platform (at 46% and 48%, respectively), while other cohorts range between 32% and 42%. 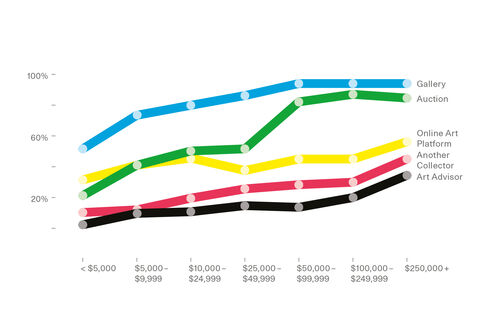 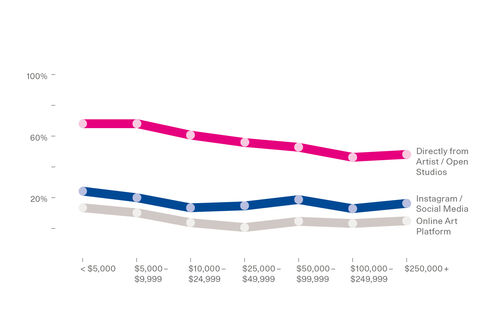 Collectors spending less than $5,000 annually on art were most likely to say they had purchased art directly from artists or during open studios, a tendency that declined as budgets increased. All other budget cohorts were most likely to have transacted through a gallery. Those with budgets greater than $50,000 over-indexed in their propensity to buy art through auction houses.

Despite their seeming ubiquity in the art world, art advisors were cited as the least common means of collecting. Less than 20% of collectors with budgets lower than $250,000 reported transacting through art advisors. Those with annual budgets greater than $250,000 said they use art advisors at a significantly higher rate (34%). However, this is still half of the rate that they reported collecting directly through auction houses and galleries.

The Forgotten Female Patron Who Brought Impressionism to Chicago